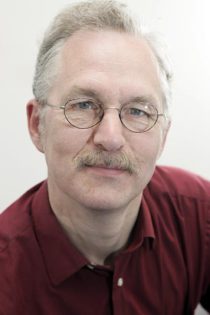 Arjan Polderman (1952) was educated as a biochemist at Delft University of Technology, The Netherlands. He obtained his MSc in 1976. As a student, he joined the editorial committee of the Faculty Newsletter and since then editing has determined his career. His first job was with Natuur en Techniek, a Dutch-language popular science journal. In 1979 he became managing editor of Pharmaceutisch Weekblad, the journal of the Royal Dutch Association for the Advancement of Pharmacy. Pharmaceutisch Weekblad is aimed at practising pharmacists but has several scientific spin-offs, both in Dutch and in English. He retired in 2018 at the age of 66 years.

In 1982 Arjan joined the Wetenschappelijke-Redacteurenkring (Netherlands Association of Science Editors) and in 1984 he became a member of EASE. In both organisations he was a member of both the Editorial Committee and the Council. In 2006 he was elected President of EASE and from 2009 until 2015 he held the position of Past President.