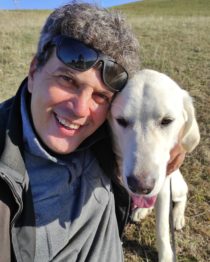 Cem was elected as a Council Member of EASE for the term of 2018-2021. He is also the Chair of EASE Turkish Regional Chapter, which was one of the most active chapters since its establishment in 2018 (read more about the Chapter’s activities on the EASE Blog). He was elected as a member of the Journal Selection Committee of the Scientific and Technological Research Council of Turkey (TUBITAK) Turkish Academic Network and Information Center (ULAKBIM) TR Index in 2018. He was the previous Editor in Chief (2012-2016), Co-Editor (2004-2008) and the Editor at Large of the Balkan Medical Journal (2016-2018), which is the only journal from medical schools in Turkey indexed in SCIE and Medline. Cem has organized more than 20 webinars, workshops, symposiums and conferences on scientific writing, editing, reviewing, journal management and publication ethics. Beside EASE, he is the member of COPE and the World Association of Medical Editors. He was member of Programme Committee for the 14th EASE Conference, Bucharest 2018 and president of “How to become successful authors and editors of scientific journals – 3rd International Symposium of Scientific Journals of Trakya University”, which was endorsed by EASE. Cem also organized one of the Pre-Conference Events of EASE Virtual Conference 2020 and a Panel Discussion at “Peer Review Week 2020”, which received great interest from academicians and publishers in Turkey.

Cem is the author of more than 100 articles and owner of two patents in ORL. He has more than 1000 citations. His h-index is 19 (GoogleScholar) and 15 (WoS). He also has several researches, papers and presentations on science publishing related subjects. He serves as editorial board member or reviewer in more than 20 ORL-HNS, audiology, underwater, aerospace medicine or science publishing related scholarly journals indexed in WoS. He received “Outstanding Young Faculty Award”, “Science Award” and “Researcher of the Year Award” in Turkey, and has been awarded “Goodwill Ambassador to the Academy from Turkey and the Balkans” by the American Academy of ORL-HNS. He worked as a postdoc scholar at the University of Copenhagen with Danish Government scholarship and at Miami Ear Institute of the University of Miami with Fulbright scholarship.

Cem updated the Turkish translation of the EASE Guidelines for Authors and Translators of Scientific Articles to be Published in English. With Orhan Yilmaz and colleagues, he translated the “Handbook for Journal Editors” into Turkish. He also translated EASE SAGER Guidelines into Turkish with Muge Atakan. Cem is also a Board Member of the EASE Journal: European Science Editing (ESE) and member of EASE Training Working Group.

Cem is willing to continue to serve in the Council in order to contribute EASE rebranding, promotional, educational and meeting activities and to distribute the knowledge and experience he gets to the Eastern part of Europa. Cem had similar experience from his duties at several European Otorhinolaryngology Societies including the European Union of Medical Specialists (UEMS) ORL Section, which may be useful at a potential position in EASE.