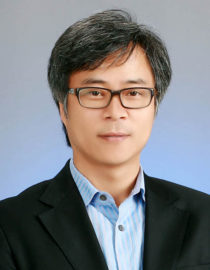 Professor Cheol-Heui YUN grew up in Gwang-ju, a southwest of Republic of Korea. He was educated at the Chonnam National University for B. Sc. and the Seoul National University for his M. Sc. in the area of Animal Nutrition. Professor YUN completed his Ph. D. at the University of Saskatchewan, Canada in the area of immune modulation and mucosal immunology. Then, he pursued his professional career at leading research institutes in different region of the world including International Vaccine Institute (IVI, Seoul, Korea), United States Department of Agriculture (USDA, Greenbelt, MD, USA), National Institutes of Health (NIH, Bethesda, MD, USA) and Gothenburg University (Gothernburg, Sweden) where he undertook research related to stressors, vaccine, infection and host protective immunity. He published over 230 SCIE papers to date and has been the recipient of prestigious awards, including Seoul National University Excellence in Teaching Award (2018), Distinguished teaching award by Kukdam Foundation (2010), and official commendation for from the cabinet minister of the Ministry of Science and Technology, Korea (2007).

He was invited as a professor at Seoul National University since 2006, and currently serves as editors of a number of societies including Frontiers in Immunology (Molecular Innate Immunity Section, and Cytokines and Soluble Mediators in Immunity Section), as an Ethics editor of the science editing, and Korean Journal of Women Health Nursing, and as a co Editor-in-Chief of Animal Bioscience. On the other hand, he is acting as a Chair of Committee on Publication Ethics, the Korean Council of Science Editors (KCSE) and Secretary General of the Council of Asian Science Editors (CASE).