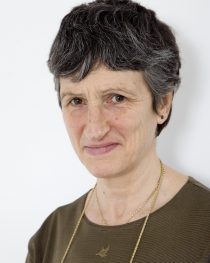 Joan Marsh is the Deputy Editor of The Lancet Psychiatry, having joined the Lancet group in November 2013. Joan read Natural Sciences at Cambridge University, then completed a PhD in molecular biology. She worked as an editor with The Ciba/Novartis Foundation in London, editing and organizing their prestigious symposium series. Joan then spent several years in South-East Asia, returning to the UK in September 1999 and becoming an editor with John Wiley & Sons, commissioning books in the life sciences and medicine.

Joan was on the Council of the European Association of Science Editors for 12 years, including six as President. She is now Co-chair of its Gender Policy Committee, with a particular interest in improving diversity in peer review. Joan is also an Associate Editor of European Science Editing.