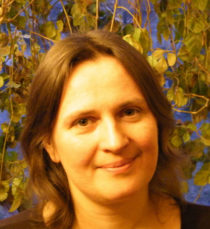 She has worked as a freelance translator and editor of biomedical texts for nearly 30 years and authored articles on scientific translation and communication (including “Golden rules for scholarly journal editors” in 2014), and recently also on alternative methods to combat the new coronavirus.

In 2009, she became a member of the Council of the European Association of Science Editors (EASE) and initiated the creation of EASE Guidelines for Authors and Translators of Scientific Articles (first published in 2010). This readable document, with 8 practical appendices, is aimed to improve the efficiency of scientific communication and promote research integrity worldwide (see, e.g. the EASE Ethics Checklist). Her initiative has proved to be successful, as the publication was annually updated till 2018 and translated by volunteers (coordinated by Sylwia) into nearly 30 languages. In 2015, she also developed the EASE Form for Authors (to facilitate disclosure of authors’ contributions and conflict of interest), as a supplement of the EASE Ethics Checklist. In 2020, with Alison Terry and other EASE members, Sylwia compiled the initiated the EASE Quick-Check Table and initiated the campaign “Help scientists save time“. In recognition of all her work for the Association, in June 2020 she was awarded Honorary Life Membership of EASE.

As the long-term Council member (2009-2021), Sylwia has also moderated sessions at EASE conferences on science translation and freelance editing. As an expert she was invited e.g. by the EC Research Executive Agency to evaluate grant proposals in Brussels, by Wiley to give lectures on scientific writing at seminars for Polish researchers, and by Re-Imagine Europa to an expert forum (organized with All European Academies, ALLEA) in Berlin in 2019.