EASE > EASE News > Academic Language Experts > “Why do I need an editor? I already have a translator!” Should translated texts need to be edited?

“Why do I need an editor? I already have a translator!” Should translated texts need to be edited?

In our first EASE member guest post on our blog, Avi Staiman considers a question he is often posed  as a language editor.

If you would like to write a post about an issue of your work that you think would make an interesting read for our members, please get in touch.

“You can translate and edit my text, right?” 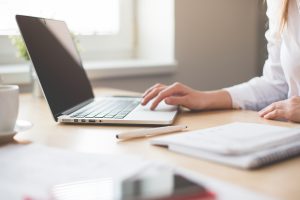 Those of us who work as academic translators periodically receive questions like this from our clients (or, more often, imply that it is their expectation without actually saying it). Is there a concrete answer to this question? The short answer: it depends.

On the one hand, a qualified and experienced translator should be adept at crafting good text. A translator, after all, is a writer. She creates a new text in her native tongue, on the basis of a source text in a different language (in my opinion, academic translators should always translate into their native language). This new text should, of course, reflect the content of the original text accurately. But in its sentence structure, flow, syntax, and sometimes style, it is a wholly new creation.

Like any other good writer, a good translator should review and proofread her own work thoroughly and meticulously after ‘sleeping on it’. But scientific editing is a process that goes beyond proofing one’s own work. A second pair of eyes can notice many things undetected by the writer – typing errors, stylistic inconsistencies, redundancies or structural shortfalls.

Some translations do require editing in order to ensure accuracy and precision. Moreover, even the best translators, as they ‘think’ in two languages, inevitably leave occasional traces of the source language in their writing. Even an excellent translation can be further refined and polished. Indeed, famous authors, award-winning translators, and other literary giants have editors who play a crucial role in producing and polishing their work. Just as we would not expect an author to also edit his or her own book, so too, it seems reasonable that we should not expect a translator to be their own editor either.

So how do you know if you need an editor for your text? It all depends on your specific goals and context.

When do you need an editor?
When advising colleagues about whether to have a translation edited, I often suggest the following rule of thumb: If your manuscript is the type of text that you would have edited in its original, then you should probably have the translation edited as well. This is usually true even if the source text has already undergone editing itself, since the translation is a new creation.

Most academic books, journal articles, and literary works are edited at some point – even when they are written by eloquent, talented authors writing in their own language. A well-written article or book rendered into a new language by a top translator is just like any other piece of good writing – it is the most important step toward your goal, but it still needs to go through one more stage in order to cross the finish line.

When might you not need an editor?
The same rule of thumb applies in the other direction: If you would not use an editor for the type of text if it were written in your native language, a good translation of the same piece may also not require editing (even if it could still benefit from it).

When might this be the case? While there is no concrete rule, you might be able to get away without having a well-written text edited if it is not intended for publication. For example, texts intended for private communication; translated abstracts; lecture notes; and other materials intended primarily for transmitting information.

Similarly, if you are submitting your work to a publisher or journal with their own in-house editors, you might not need to find an editor yourself.

Finally, you may not want an editor in cases where it is critical that the translation be as literal a reflection of the original as possible – such as a questionnaire.

Of course, in these cases, too, the text should still be as polished as possible. You must be sure that your translator is a dependably excellent writer in the target language (and, if not – find a different translator!).

The bottom line
While it is reasonable to expect a translator to review, edit and proofread their own work, don’t expect a translator to be able to play the full roles of both translator and editor. In some cases, it may not be critical to have an editor and professional translation may suffice. However, any text intended for publication should be translated and edited before it is submitted for publication. Also, don’t be short-sighted. You may only be working on a draft for a limited audience now (such as a doctoral thesis), but if you plan to use the text in a published paper later, it may still be worth investing in editing.