How to choose the best academic translator for your research

In our second guest blog post, we welcome back Avi Staiman, CEO of Academic Language Experts, to discuss how to identify an appropriate translator for your work.

If you would like to write a post about aspects of your work that would make an interesting read for our members, please get in touch.

How to choose the best academic translator for your research: Mother tongues, native speakers and everything in between

Looking for an academic translator for your academic research can be a daunting task. Whether you are looking to translate your book in order to reach a new audience or want to publish your article in a journal which is not in your native language, it is critical to pick the right translator for your manuscript. Where to start? With all the options available, how do you pick the right one? The goal of this blog post is to present a series of criteria to help you narrow down your search for the perfect candidate for your project. 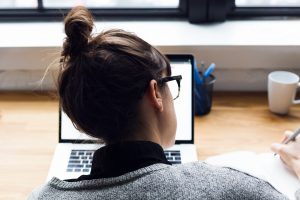 The first step in picking the best translator is finding someone who is highly proficient in both the source and target languages. Translators describe themselves in a variety of different ways which can be confusing so we will start by defining the most commonly used terms.

The importance of native language

It is rare but possible for a child to become fluent in more than one language if more than one language is spoken regularly and fluently in their surroundings, but after around the age of six, becoming fluent in a new language with all its nuances of syntax and tone becomes virtually impossible. Some children may grow up with multiple native languages but only ever use one of them at school or professionally—and therefore never develop the full vocabulary and range required to write well in the other languages. Other people may have no highly developed native language, either because they aren’t sufficiently exposed to language at a young age, or because they lost some proficiency in the intricacies of their native language as they transitioned into exclusive use of a second language.

In my experience, fluency and proficiency are insufficient for purposes of academic editing, translation or publication. Even if a translator can master the terminology and vocabulary of a second language, it is very difficult for people to free themselves entirely from the syntax of the language they think in. Even if your translator is fluent in the target language, if it is not his native language, he will likely bring over traces of his native language which will give him away as a non-native speaker and distract from the content of the writing. Thus, it is extremely rare for someone to be both a native speaker and a great writer in more than one language. Beware of translators offering translation services into multiple languages and be sure to ask them what their true native language is.

If you want your translated text to sound natural, you need a translator who is a native speaker, not just a “fluent” or “proficient” one. When looking for a translator, many people mistakenly believe that what they are looking for is a native speaker of the source language—and of course it is true that translators must be proficient in reading and understanding nuances in the languages from which they’re translating. However, the product of the translation is a text in the target language, not the source language, so it stands to reason that if you want an excellent translation in a specific genre, you need a translator who can write an excellent text in that genre in the target language.

This means that your translator must be a native speaker of the language in which the translation (not the source) is written and a skilled writer in that language. In fact, translators of a given language may be overly committed to being faithful to the source text, when what really matters is that the published text is clear and well written without the distraction of unnatural-sounding language. Most academic journals are looking for clear and coherent texts that stand on their own. You may also want to consider using a language editor to edit the work of the translator as we discussed in our previous post.

Look for a translator who is familiar with your field

Besides native-level speech and writing skills, it is also critical for your translator to be familiar with your field and its terminology. Even well-educated native speakers may have difficulty reading, let alone writing, technical articles if they’re not familiar with the field. Your translator doesn’t necessarily have to be an expert in your exact field, but he or she needs to be familiar enough with writing in your field to know how to identify precedents—and where to look for them—to find out how terminology is used. It is a good idea for you to make sure the translator understands your use of key terminology at the outset; to this end you may choose to provide a set of terms and meanings or even a list of terms to avoid.

Ask for a phone interview

When looking for a translator, you can learn a lot from a phone interview. Listen for unnatural grammar or speech patterns. Ask what the translator’s top language is and what kinds of texts he or she has translated before. Don’t find out too late that you are the translator’s guinea pig to learn about your field! This would be a good time to ask what you can do to make the task smoother for the translator – can you provide a list of terms? A bibliography? Examples of similar texts?

Above all, you want to avoid having to subject your academic translation to further edits, which will almost certainly be required if the translator is not a native speaker, and which will likely lead either to further interruptions in tone and flow, or to what is essentially a full rewrite. A well-written article should return from peer review without major language comments and critique. Rather than rely on edits after the fact, make sure from the outset that your translator is a native speaker and an experienced writer familiar with your field.